By DIGINET-Digital Distribution, ENGLISH- No Comments

1) The location, date and time that the add is used on YouTube.

The same ad used with the same video on YouTube could yield different payments to the content owner, depending on those three variables.

Ad’s prices change depending on the advertising season. January is the least popular month for advertising, and thus the cheapest; December is the dearest, and consequently the most expensive one. This applies, incidentally, not only to ads on the Internet but also to paid ads on television, radio and in print. Therefore, the same amount of ads for the same amount of views on YouTube, will costs much less in January than in December, more in November than in March, and so on.

3) Other music / video platforms and formats

Popularity of the other platforms and formats beyond YouTube, increases daily. Until recently, YouTube was the most popular destination on the Internet for free music, everyone could go there and with a very little restrictions get what they wanted.
Today is a new day – new players like Spotify, Vimeo, Amazon Prime, Apple Music, Facebook, Twitter, etc., offer access to the same product (music & video), which were previously available only on YouTube, in a new and attractive way. Customers can get their fix often free of charge (but with the necessity of seeing or listening to the ads), or in the form of an inexpensive subscription (with or without ads). All of this is easily accessible via cell phone, laptop, tablet, in the car, etc.
The on-line advertising market grows fast but new platforms and formats are being created even faster. Since the only source left to pay for “free” music is advertising, more companies are chasing basically the same amount of the advertising dollars. So with the significantly increased supply (the number of available platforms & formats), and basically the same demand for the ads; advertising rates are falling, which causes a drop in profits for these who are receiving those profits.

The prices for advertising on YouTube have been declining for some time, and payments to content provides declining as well. This is caused by YouTube’s competition. Each day advertisers have a much greater choice of where to put their ads, than they had just a few months or even weeks ago. Less demand for YouTube ads create lower prices for them and results in lower profits for content providers. 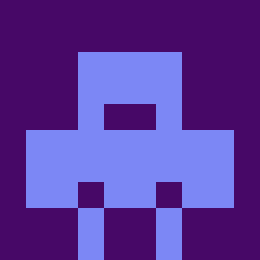 View all posts by DIGINET

Be the first to start a conversation